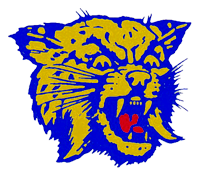 English III is a general study of writing and American literature.  Our writing will consist of pratical writing for the workplace, such as letters, resumes, and some research.  American literature will consist of such works as: early native oral tales; revolutionary works, such as the Declaration of Independence; short fiction and poetry by writers such as Mark Twain and Emily Dickinson; and more modern novels such as The Grapes of Wrath and To Kill A Mockingbird.